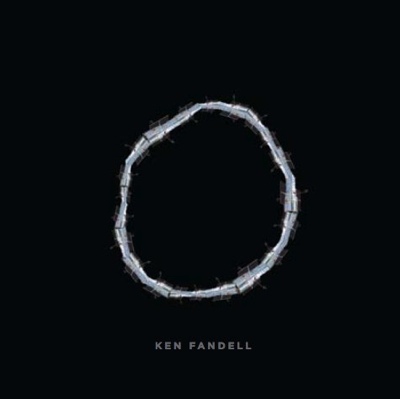 Traywick Contemporary is pleased to announce an exhibition of new photographs by Chicago artist Ken Fandell, his third solo project with the gallery.

Fandell's new photographic series is part of an ongoing contemplation of the Hubble Ultra Deep Field, a million-second-long exposure announced by astronomers in 2004 that offers "the deepest portrait of the visible universe ever achieved by humankind." The existence of this image serves as a platform for Fandell's continued engagement with the disorienting psychological effects of considering the quotidian alongside the grandeur of time and space.

Fandell's interest in bridging the place between the personal and the epic -- or what he refers to as the "the proximate and the infinite" is evident in his photographic montages that replicate and layer images in mesmerizing ways. Evermore is a collage of interlocking images of the Hubble Telescope and hints at what may be overlooked despite the infinite self-examination possible from such telescopes. Another piece, Twleve Million Nine Hundred Ninety Nine Thousand Nine Hundred Ninety Nine Thirteen Millionth is a photograph of a hand-written equation that represents the entire area of the sky that is not visible through the Hubble Ultra Deep Field.

Ken Fandell has exhibited widely both nationally and internationally. Recent exhibitions include Defining Moments in Photography, 1967 - 2007 at the Museum of Contemporary Art (Chicago, IL); In Words: The Art of Language at the University of Delaware (Newark, DE); and Antennae at the Houston Center for Photography (Houston, TX). His work is included in the collections of the Brooklyn Museum of Art, Museum of Contemporary art, Chicago and the Museum of Modern Art, New York and is currently hanging in the U.S. Embassy in Bulgaria. He has received awards from Artadia and The Louis Comfort Tiffany Foundation. He lives and works in Chicago, IL.