View additional images from the series 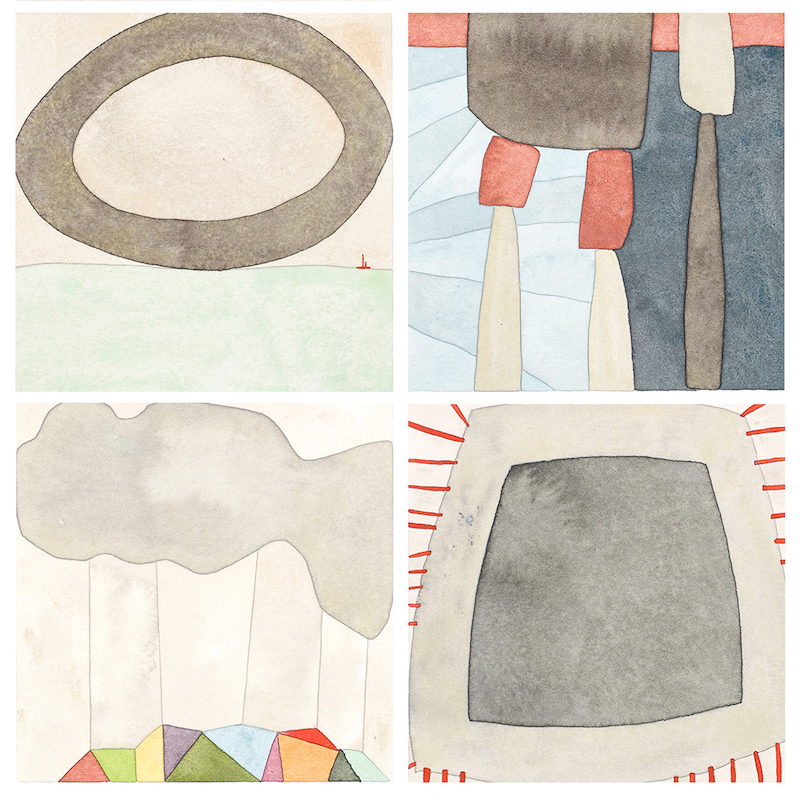 Traywick Contemporary is pleased to announce First One Hundred Days: an exhibition of new work by Portland-based artist Rachel Davis. For her fourth solo show at the gallery, Davis introduces a meditative series of watercolors made in response to the national political climate. Showing concurrently at the gallery is Nancy Mintz: Field Notes. Both exhibitions address notions of change, while exploring the ways in which organic and human-made forces shape our lives and perception of the world around us.

Primarily known for her paintings of architecture teetering within fragile ecologies, Rachel Davis was struck by the recent shifts in the political landscape, which returned her focus to the power of a more abstract visual language. Beginning with Inauguration Day of the current US presidency and ending April 30, Davis created one hundred unique works on an intimate scale, each titled after a specific day within that timeframe. Horizon lines shift and fracture, sometimes disappearing all together, while various painted forms search for resolution in close proximity with one another. As the series progresses, more elements fill the composition, never repeating the same configuration twice. This mode of creating work became a way for Davis to process her thoughts as national events unfolded.

While she was working on the series, Davis was also reading The Path by Michael Puett, a distillation of the Harvard professor's course on the relevance of ancient Chinese philosophy to contemporary life. The book questions why we create so many boxes for ourselves, hindering our ability to acknowledge the broader picture and outside perspectives. Wanting to explore visually this idea of a restricted point of view, she filled the uniform square compositions with abstract elements that pushed and pulled against each other. Each day, Davis sought a "balance within the confines of space, in an environment where the equilibrium will inevitably shift or be dissolved."

Rachel Davis was born in 1970 in Cambridge, England and went on to earn a BFA from the University of Michigan School of Art. Her work has been widely exhibited across the United States, and is included in many noted public and private collections.