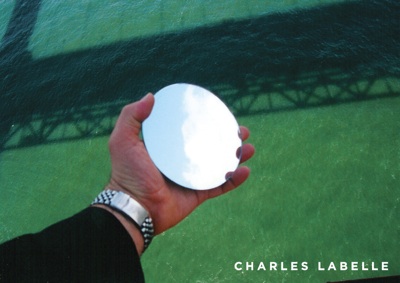 Traywick Contemporary Projects is pleased to announce an exhibition of work by Charles LaBelle.

Titled “California Suite: Selected Work 1993 - 2009” the show brings together a group of works in various media — photography, video, drawing and sculpture — that specifically engage the diversity of Californian landscapes, exploring its cities and deserts, coasts and roads. From Hollywood’s “Walk of Fame” to the Golden Gate Bridge; from Death Valley to Big Sur, LaBelle’s practice over the past fifteen years has continually involved a poetic engagement with place.

Activities such as mapping, documenting, archiving and intervening are playfully combined to poignant, often humorous, ends that jar the viewer’s perception as themes of transience, loss, alienation and mortality become apparent in the work. LaBelle uses the body — often his own — as a signifier of the dramatic moment, a being-in-the-world moment. As seen in the photographic diptych “Grasping at Clouds (Golden Gate Bridge)” which show the hands of the artist holding small circular mirrors over the railing of the bridge. In the mirrors, the reflected sky creates a moment of reverie in contrast to the swirling waters below.

As Jim Demetre wrote recently, LaBelle “casts himself in the role of an enchanted wanderer, transforming the blighted urban sprawl or filthy city park into his social context, stage backdrop, and artistic medium. He captures the melancholy of the contemporary artist and individual without the usual romanticism that often accompanies it.”