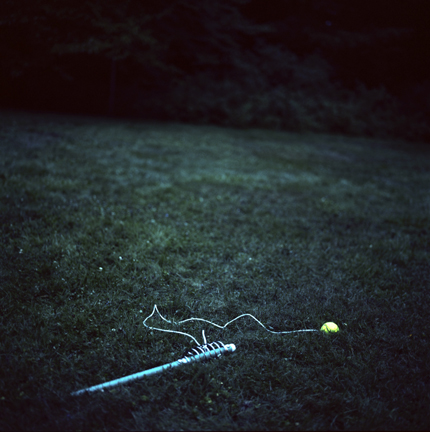 Night Garden is a personal narrative about the nature of time and place disclosed through a progression of poetic nightscapes that are simultaneously dark, hopeful and infinite. While living in Canada to care for her mother in the summer of 2012, Marchand documented her mother’s garden at night while she slept. Rather than using a flash, Marchand experimented with moonlight, porch light and lightning and used a variety of cameras (digital, analogue and pinhole), with exposure times ranging from a few seconds to several hours. Shooting from a variety of angles, Marchand places the viewer in the dark and silent garden, experiencing the grass and weeds underfoot as well as the unending stars and sky above. Through her exploration of darkness, Marchand discovers the human qualities of the ever-changing garden, and in the process, reveals the capacity of light to illuminate what would otherwise remain unseen.

The Night Garden series is also available as a limited edition, hardcover book published by Datz Press, Korea. In the book, Marchand intertwines her images with phrases and text from her poetry, weaving together a narrative of love and loss. Marchand characterizes her work as “deeply personal” and sees this series “as a celebration, as an acceptance of place.”

Prior to the opening of the exhibition at Traywick Contemporary, Marchand will be discussing Night Garden as part of the 14th annual PhotoAlliance lecture series at the San Francisco Art Institute on Friday, November 6 at 7:30 pm.

A native of Montreal, Quebec, Amanda Marchand lives and works in Brooklyn, NY. Marchand has many links to the Bay Area, having received her MFA from the San Francisco Art Institute in 2001 and a Graduate Fellowship Residency at the Headlands Center for the Arts in 2002. Marchand is a MacDowell Colony Fellow (Petersborough, NH) and recently completed residencies at Hewnoaks (Lovell, ME) and Arteles Creative Center (Finland). Night Garden has been widely recognized with awards and exhibitions at institutions including Datz Museum (Korea), Palo Alto Art Center (Palo Alto, CA), Center for Contemporary Arts (Santa Fe, NM) and The Center for Fine Art Photography (Fort Collins, CO). 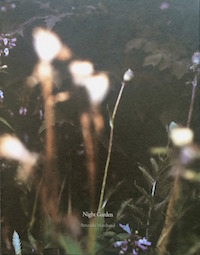