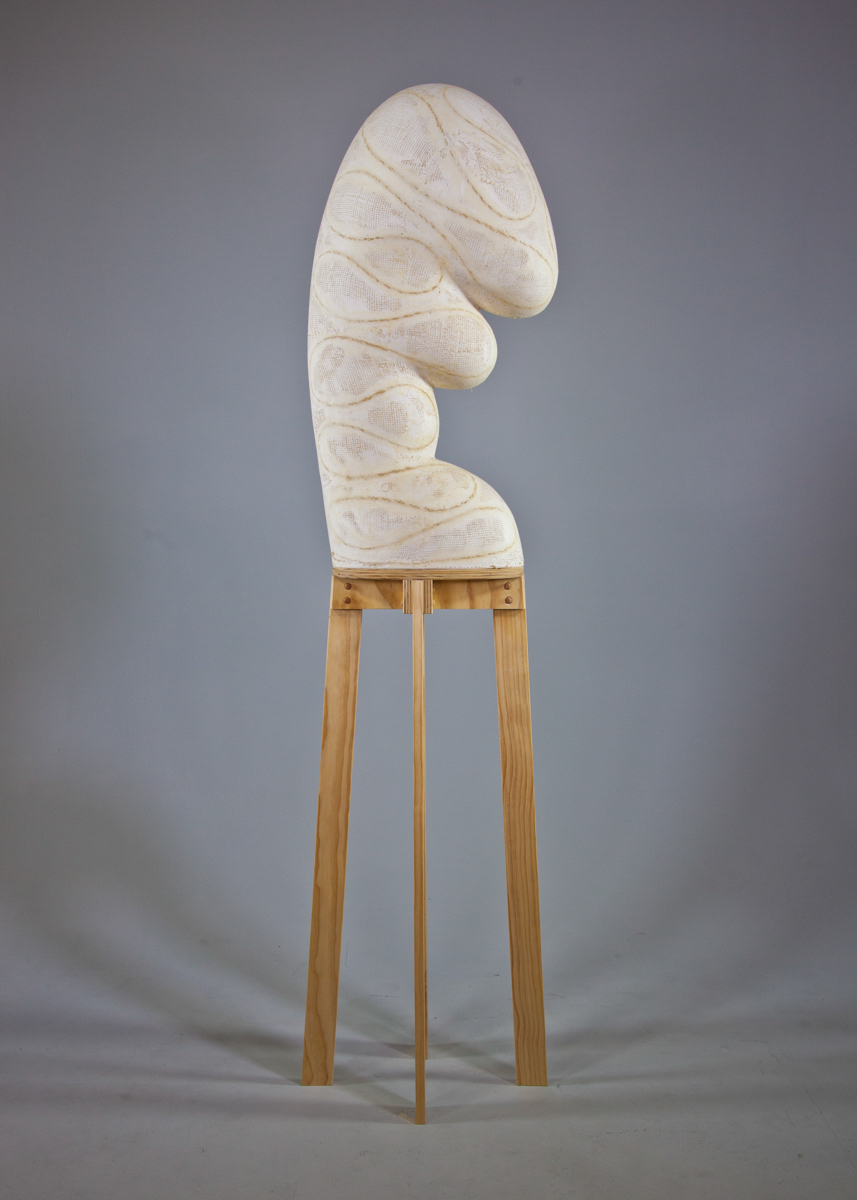 Traywick Contemporary is pleased to announce No Lie, a solo exhibition of sculptural works by Bay Area artist Ebitenyefa Baralaye in his first show with the gallery.

Baralaye’s sculptures are formal in approach and rooted in his personal narrative of migration from Nigeria through the Caribbean to the United States, where he has spent much of his life. His work addresses the idea of displacement through a distinct visual language equally emphasizing form, pattern and symbolism. By abstracting religious iconography, incorporating multiple cultural traditions and transforming ideas of self, Baralaye mines his first-hand experience to create a collective discourse about identity and place.

The title of the exhibition, No Lie, is a play on the phrase’s colloquial meaning and its ability to indicate genuine truthfulness while remaining subjective and malleable. Dupp Dup—loosely translated as “Hello Ghost” from Caribbean slang—is a biomorphic shape with a curvilinear pattern carved into its plaster-covered burlap skin. As with many of his larger-scale pieces, it is presented on a handmade wooden tripod, giving it relatable human characteristics.

Throughout his practice Baralaye melds the physical with the spiritual and the personal with the shared. He is especially interested in the patching together of identity; how the commonalities among us are greater than the sum of the different parts. He further reflects that “in an era where culture is encouraged to be increasingly skeptical of what is communicated from unfamiliar sources, we can and do take slippery comfort in things that bear ’no lie‘.”

Ebitenyefa Baralaye received a BFA in Ceramics from the Rhode Island School of Design in 2006 and an MFA in Ceramics from the Cranbrook Academy of Art where, in 2015, he was awarded both the prestigious Leslie Rose Merit Scholarship and Larson Award. In 2017 he was a recipient of the Emerging Artists Program at the Museum of the African Diaspora and an AICAD Teaching Fellow at the San Francisco Art Institute where he currently teaches.